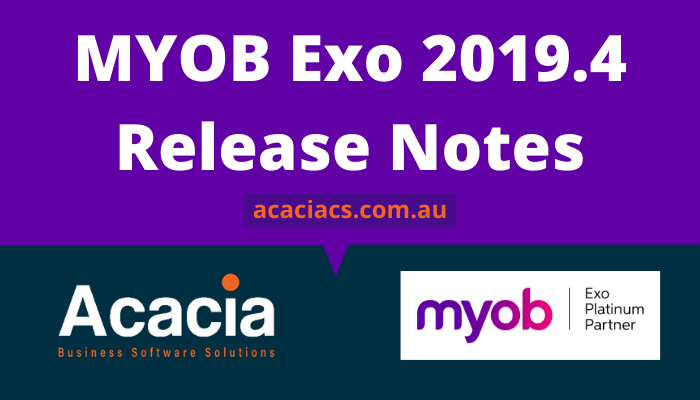 There are some new helpful features both on screen and behind the scenes.

The bulk of the changes documented in the MYOB Exo 2019.4 Release Notes are in the database and relate to how text fields are stored.

These database changes are detailed in the Exo Business 2019.4 Database Upgrade whitepaper.

Some of the new features include: 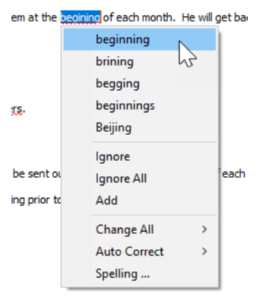 The spelling checker works with note, narrative, memo, and message fields throughout the system.

You can now search for debtor and creditor invoices based on their invoice numbers or their transaction references.

Minor Changes to the Look and Feel

This release introduces minor tweaks to the look and feel of the user interface throughout Exo Business.  Other than subtle changes to the shading, colour, and the width of lines on some screens, most users won’t notice these changes.

The most noticeable change to the user interface is in the Scheduler.  The Scheduler component now has an updated layout, its look and feel mimicking the latest editions of Microsoft Outlook on which it is modelled.

Enhancements to the Components Grid on the Bill of Materials Screen

MYOB have made several changes to the Components grid on the Bill of Materials screen in Release 2019.4.   They have removed the 200-line limitation on the grid……As you move down in the grid, Exo loads more lines (if there are any) when you reach the 200th line.

If you have bill of materials component information in Excel or in a CSV file, you can now paste it into the Components grid.

This change includes the non-Western characters that are used in a PDF document.  This increases the size of the PDF file by approximately 200 KB. 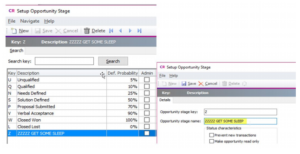 In previous versions of MYOB Exo Business, entering a name in the Opportunity stage name field on the Setup Opportunity Stage screen forced it to be all upper case.  This now retains mixed case when you save it.

As well as some new bells and whistles, plus some tinkering under the hood, the new MYOB Exo 2019.4 Release Notes suggest that some welcome bug fixes and known issues have been included in the MYOB Exo 2019.4 release. 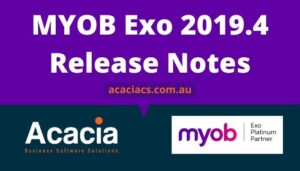 Simply Contact Us at Acacia Consulting Services.  We have experienced business and accounting technology consultants, plus knowledge and expertise with powerful software solutions available to take your business to the next level.

Have you considered upgrading your MYOB Exo ?

Late Lodgement of SMSF Annual Returns – What It Means For You